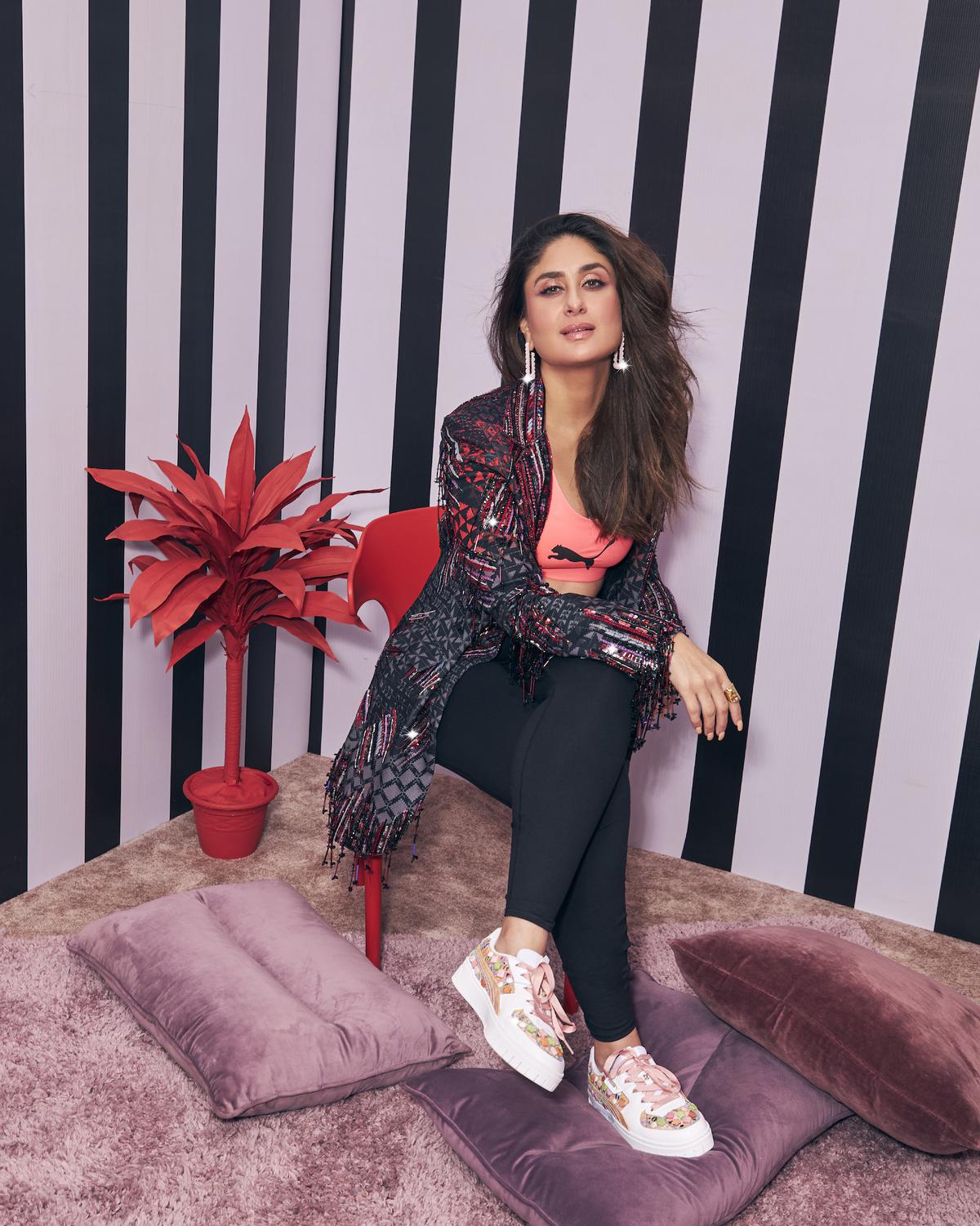 Festivals, custom designs and limited edition pieces fuel India’s sneaker subculture. How do you curate a sneaker collection that increases in value and boosts your social currency?

Festivals, custom designs and limited edition pieces fuel India’s sneaker subculture. How do you curate a sneaker collection that increases in value and boosts your social currency?

Sneakers are athleisure, and now, they are an investment. Sneakerheads know that a carefully curated collection can increase in value and be remarkably effective social currency. The recently concluded nine-city Sneakerfest, SneakinOut, by popular retailer SoleSearch and SteppinOut proves that demand is at an all-time high. Prabal Paghla, co-founder of SoleSearch, says, “While we were looking to attend events like SneakerCon (USA) or SoleDXB (Dubai), there wasn’t any such festival in India that celebrated this culture — of sneakers, streetwear, hiphop , b-boying, graffiti, etc. Such festivals become a more accessible entrypoint to popculture and encourage people to engage and experience new things.”

According to Statista (a German company specializing in market and consumer data), the demand for sneakers has risen over the last couple of years. The pandemic fueled the trend, with people indulging in practical retail therapy, seeking products they can use on multiple occasions.

Simultaneously, visibility increased when celebrities such as Ranveer Singh, Deepika Padukone, Hrithik Roshan and Shahid Kapoor started wearing them to gala events, making sneakers aspirational. Prices generally start at about ₹20,000. As Statista reported in April 2021, auction house Sotheby’s sold Kanye West’s Nike Air Yeezy 1 Prototype for $1.8 million, making them the most expensive sneakers ever sold at an auction. Considered the rarest Yeezy sneakers released so far, the Nike Air Yeezy 1 were seen for the first time during Kanye’s performance at the 2008 Grammy Awards before being launched in the market. The fact that most serious collectors seem unperturbed by Adidas cutting ties with Kanye West’s Yeezy, shows that the sneaker market is not as volatile as one would expect, considering it pivots on trends in the fashion industry. Nandith Jaisimha, a Bengaluru-based collector and a Yeezy fan, says, “Controversies only increase its worth. Kanye’s first Red October with Nike (2014 edition) is now the most sought-after pair. The same will happen with the Yeezys.” Nandith, who owns a film production house, adds, “When I first saw Yeezys, I thought they were the ugliest pair of shoes, but when I tried them on, I knew I had to get myself a pair. Now I own five.” “The most popular styles are undoubtedly the Air Jordans, given their legacy status. Followed by brands like Yeezy, Supreme, New Balance, Nike SB Dunks, Off White, and others. Currently, foam products are trending with launches by Adidas, Yeezy and Crocs,” says Prabal. He says that while international brands enjoy their status, homegrown Indian brands have also shot into the limelight over the past few years. “Brands like Kobsook, Thaely, Jaywalking, Bluorng, Rising Above, Instinct First, Vibe the Hype and others have become quite popular.” Indian brands, collectors like say Nandith are doing impressive work and “can be priced reasonably in a ₹9,000 bracket”. Brands are also finding ways to Indianise their offerings to appeal to a larger market. In October, PUMA and Fizzy Goblet teamed up for a capsule sneaker collection, dropping 200 bespoke pairs. Launched by Kareena Kapoor Khan, PUMA X Fizzy Goblet featured statement sneakers that could be paired with sarees, lehengas and kurtas for Deepavali and the wedding season.

Buyers, sellers, and customizers now meet at sneaker fests, which are thriving this year. Prabal says, “When we started our SneakinOut intellectual property (IP) in August 2021, along with IP partners Swiggy SteppinOut, there was no established or popular IP of this kind. We were the first touring IP in that space. We did eight cities in seven months, with over 6,000 people in attendance, including top Indian hiphop artists, and over 100 brands.” They followed that with Season 2, a nine-city tour over a period of three months. “This momentum that we birthed has been capitalized on by competitors in the sneaker and street culture scene, but that’s just the price you pay for being the first movers,” he explains. Hyderabad-based Dhruv Jain of Flashkicks, a reseller, the inventory needs to be updated every six months to keep up with the international market. “The budget pairs that I stock are at ₹15,000 and upwards. Since 85% of my clientele are women, I am very particular about stocking all sizes. I am one of those resellers who stocks even a UK size 3,” he says, adding that he sources them directly from the UK, the US and Singapore.

Born from a breakfast

The story goes that Billy Bowerman, Nike’s co-founder and the track coach at The University of Oregon, was trying to come up with a shoe his athletes could train on surfaces other than the track. On a 1971 summer morning, while having waffles with his wife, Bowerman had a brainwave. He felt the grooves of the waffle iron were suitable for the all-terrain soles he wanted to make. After several attempts of pouring rubber on different irons, he finally got the soles he wanted. That serendipitous breakfast went on to create a revolution in the footwear industry. For, sneakers — as they later came to be known — became status symbols and an integral part of street style. One of those waffle irons Bowerman used can be found at Nike’s headquarters in Oregon.

Hyderabad-based Rahul Dev of Unhinged Customs, a sneaker customizer, says these shoes can define your personality. “A limited number of sneakers drop in every country and they go on to become collector’s pieces. Not all can afford limited editions. Some are white, and to make them suit the owner’s style, I design customized art work,” he says, adding that he customizes sneakers of all brands, averaging at over ten pairs a month.

According to Abhishekh Bardia, lead marketing, Solesearch, the sneaker craze is a $2 billion industry in India and is soon to catch up with the global sneaker market that stands at $6 billion. “India and South-East Asia are going on a double digit growth. A further 12-15% growth is expected,” he says. Customization is a core pillar when it comes to the sneaker community. Abhishek Chaudhary, a visual artist explores Indian prints, textures, motifs and design techniques while simultaneously juxtaposing them against elements and symbols of streetwear and global pop culture.

As a part of the blooming subculture, Abhishek recently exhibited a part of his collection at the Sneak+Art in Delhi, organized by Shoevolution.

He says, “I love sneakers and the process that goes into it.”

designing and customizing them. There hasn’t been much innovation in the space keeping in mind the Indian context be it our streets, culture, landscape, or our color palettes. For this series, I explored the texture and color palettes across several Indian cities and reimagined the iconic Air Jordans if they were made in an Indian context. The Air Jaipurs, the first ones from the series, combine the famous leather craft of the Jaipuri juttis into the classic Air Jordan body.

The sneaker has a dominant pinkish hue along with the soft

browns of the leather, reminiscent of the iconic Pink City of India.”

Why Gautam Kitchlu Wakes A Wife Kajal Aggrawal Midnight A Friendship Tip You Should...

Sridevi Reveals That He Has Made Mistakes About His Daughter Jhanvi Kapoor And Khushi...