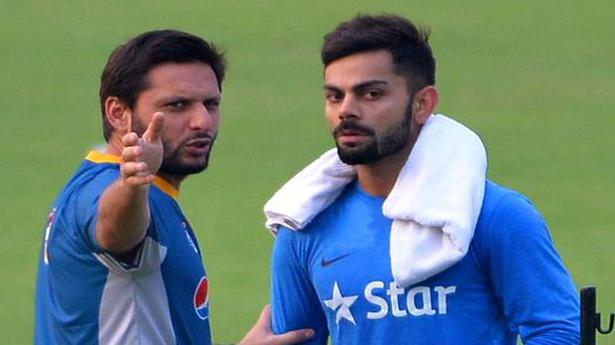 ‘He is a good fighter and can play freely without any problems,’ said the former Pakistani captain.

Former Pakistani ambassador Shahid Afridi feels India captain Virat Kohli needs to step down from the international arena in order to succeed as a fighter in his country.

What prompted Virat Kohli to relinquish his T20 captaincy? | | In the Focus podcast

Speaking on Samaa television, Afridi said BCCI nomination Rohit Sharma as the Indian T20 captain was a good fit. This was after him Kohli resigned as captain of the T20 at the end of India’s T20 World Cup campaign.

“I think he has been very strong in Indian cricket but I think it would be good for him to decide to retire as an international captain,” said Afridi.

“I’ve been playing with Rohit for a year and he’s a well-known football player with a high mindset.

The Pakistani star said Rohit had the mental strength to be a good captain and pointed this out to the IPL franchise Indians of Mumbai.

“He’s a very good player who picks the best shots and has the mindset to be a good player leader,” he said.

Afridi played with Rohit in the Deccan Charger in the year of the Indian Premier League.

In Kohli’s decision to step down as T20 captain, Afridi said he expected this to happen. Afridi saw Kohli need to relinquish the captaincy and look forward to his batting in all three states and having fun.

“… I think Virat should relinquish his role as captain and just enjoy the rest of the cricket that I think is enough. He is a very good fighter and can play freely without any problems in his mind. He will enjoy his cricket,” said Afridi. .

Outgoing head coach Ravi Shastri also said in a recent interview that Kohli could step down as ODI captain and look to lead the exam team, his favorite race.

Kohli has not scored a hundred years of exams since the end of 2019.

Meditation can help you if you are worried about Christmas

The Indian team has emerged from the T20 national cup to avoid the Star...

Relationships Tips Know That Sharukhkan Has Too Much Faith In Gauri, Every Husband Should...