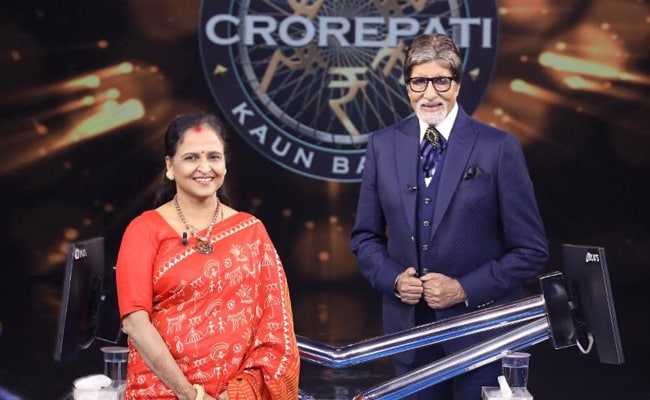 Geeta Singh Gaur of Kaun Banega Crorepati 13 has become the third crorepati this season. Geeta Singh Gaur loves to ride a bike. He also drives a jeep, loves farming and wants to learn to ride a bicycle. He did his BA and MA studies but because he came from a flexible family, he was not able to complete his studies. After 13 years of marriage, she successfully completed her LLB studies with the help of her husband.

Geeta Singh Gaur It has been suggested that housewives often have to give up their passions. But in the second year of his life, he wants to pursue his LLB degree. Geeta Singh Gaur, who has great love, respect and appreciation for Siddharth Basu, sees him as his Dronacharya and sees himself as his Eklavya and because of him came to the show. Winning crore rupees at the show with two live lines was a huge achievement for Geeta. Commenting on this, Geeta Singh Gaur said, “I have been trying to come to the top KBC platform from 16-17 years ago and this year has been amazing because in the end my dream has come true. Any hope, but earning crore rupees is a big win for me.

He said, ‘I planned a lot and I have been doing it for years. But this year when I received a phone call and was told that I had been selected, I started preparing immediately. When I was cooking, eating, cutting vegetables, I always made sure I got the knowledge and experience along with the work. Through this platform, I hope that more women like me, who are housewives or housekeepers, can also take action to achieve their dreams.

Ajay Kumar said the party would also bring in leaders who left Congress and...

iqoo neo5s are all set to launch on December 20 the company has launched...

From Katrina to Alia wore a yellow colour dress is it a favourite colour...

Asian Champions Trophy | India seems to be on the move